WAV is an acronym for Waveform Audio format which is the raw form of audio tracks. So it does not lose the original quality and can play a single, contiguous, array of audio samples & blocks of samples in a specified order. Hence, due to this reason, one can convert any form of video into the WAV format.

At present, people frequently browse for good MP4 to WAV converter hence; we take up this as our today’s topic. There is a varied range of online free MP4 to WAV converter tools available but very few are convenient and offer free service. We have taken up 3 of them, and with no delay, let’s get to know them one-by-one...

Part 1. Various scenarios where one needs to convert MP4 to WAV

MP4 is basically a digital container that can store both audio & video whereas WAV is especially dedicated to audio, and can be streamed readily on any music players. But there are various scenarios where one needs to convert an MP4 file to MOV.

How to convert MP4 to WAV using Aicoosoft?

To begin with, download and install the free trial of Aicoosoft software from its official link, https://www.aicoosoft.com/video-converter.html.

Open the Aicoosoft software and click on the “Convert” option on the top of the toolbar.

Start adding the MP4 files by clicking on the “Add Files” option from the right corner. 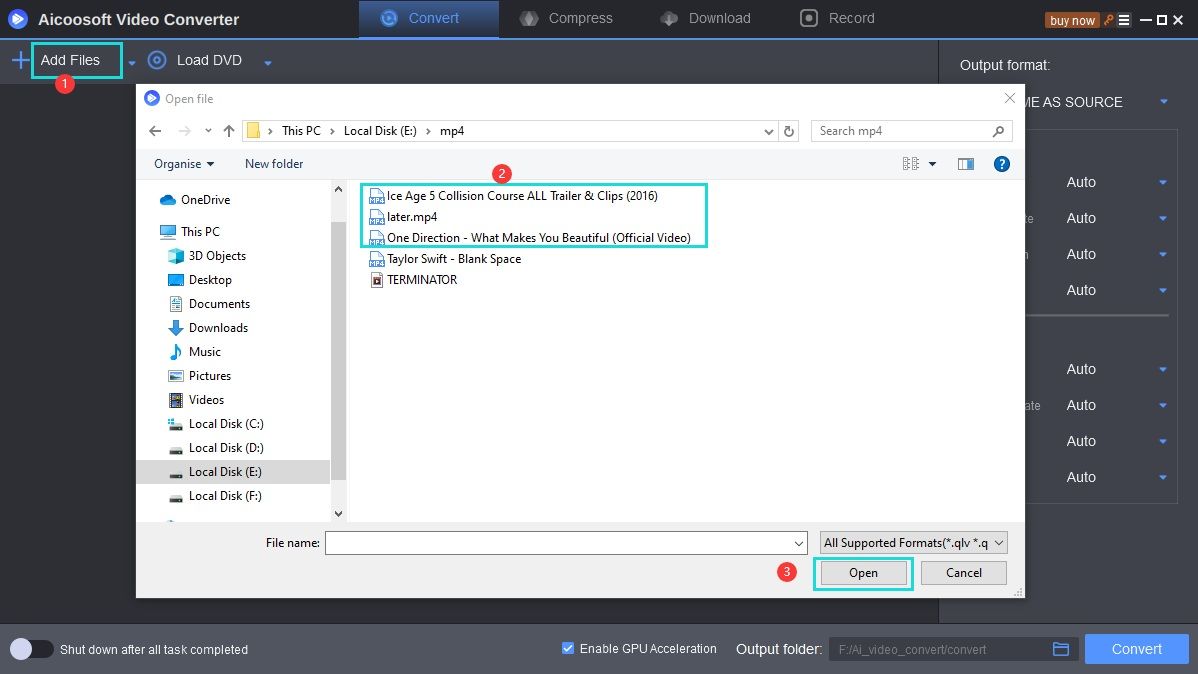 Step2Choose the WAV format as output

Once the video is loaded, switch over to the “Audio” section and select “WAV” along with a resolution or you can go on with the “Lossless Quality” option. 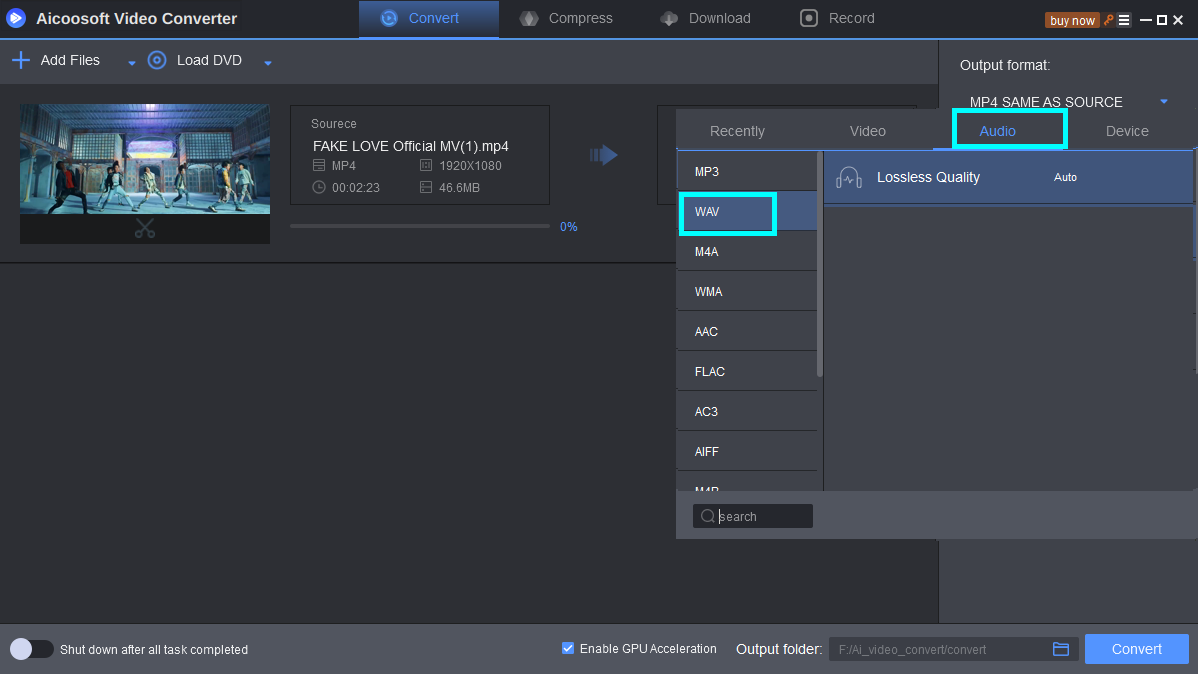 After selecting the output format, enable the GPU Acceleration checkbox and tap the “Convert” button on the end of the screen. 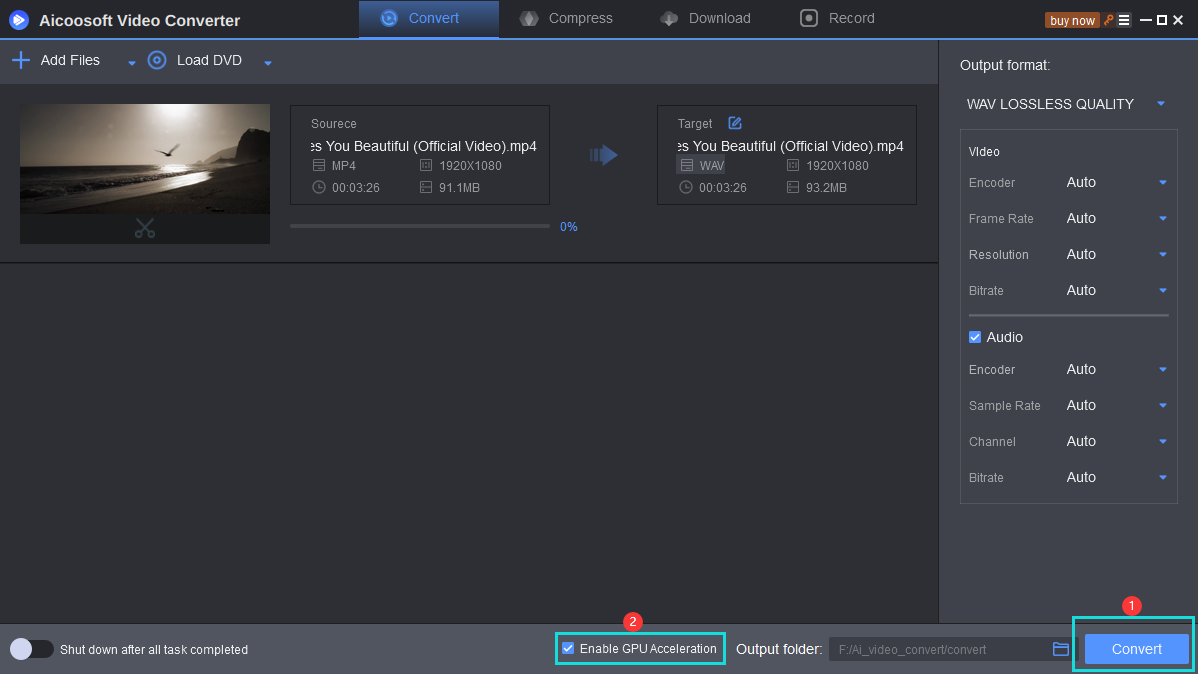 If the converting task is complete, you will get a pop-up notification where clicking on the “Open Folder” button will help you to find the output WAV file from the Aicoosoft folder. 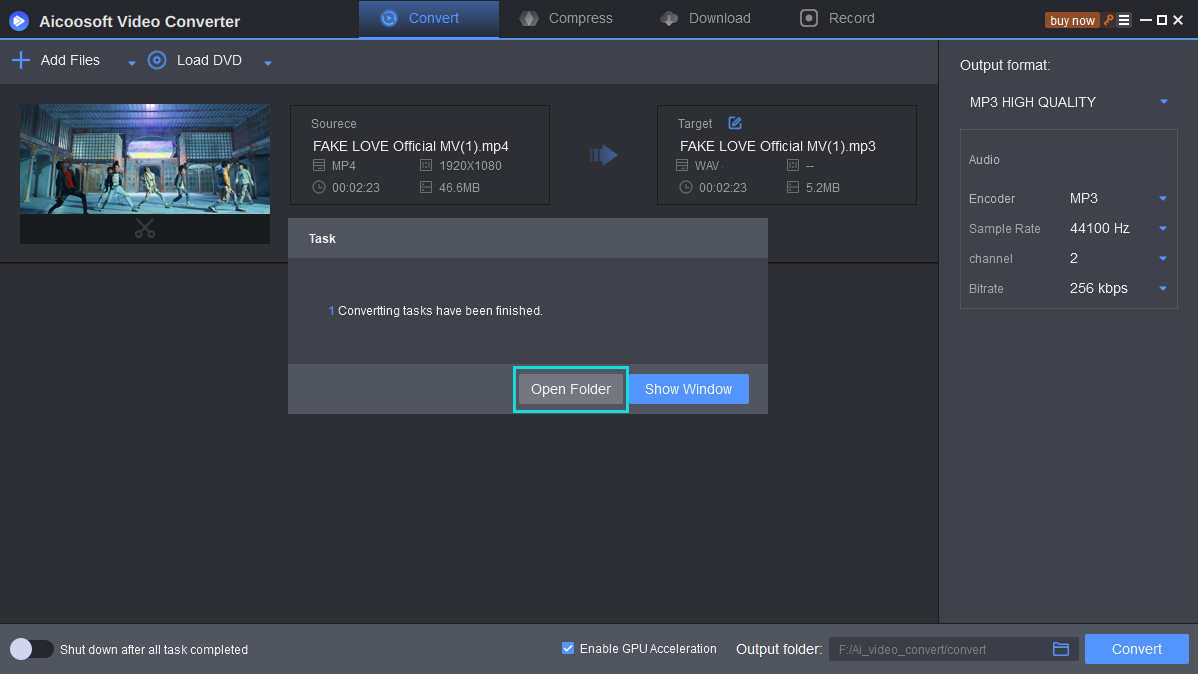 This is how one can easily convert MP4 to WAV with the aid of Aicoosoft for free in just seconds.

Today the internet is flooded with multiple options for free online MP4 to WAV converters where the popular tool is Convert Video Online that is preferred by many users at present...

Convert video online (https://convert-video-online.com/) is an online MP4 to WAV converter that is 100% free and a fast MP4 to WAV converter. It is a web page that allows one to upload MP4 files from PC, Google Drive, Dropbox, or in an URL. This online converter tool follows a simple user-friendly interface allowing one to adjust settings as per convenience. 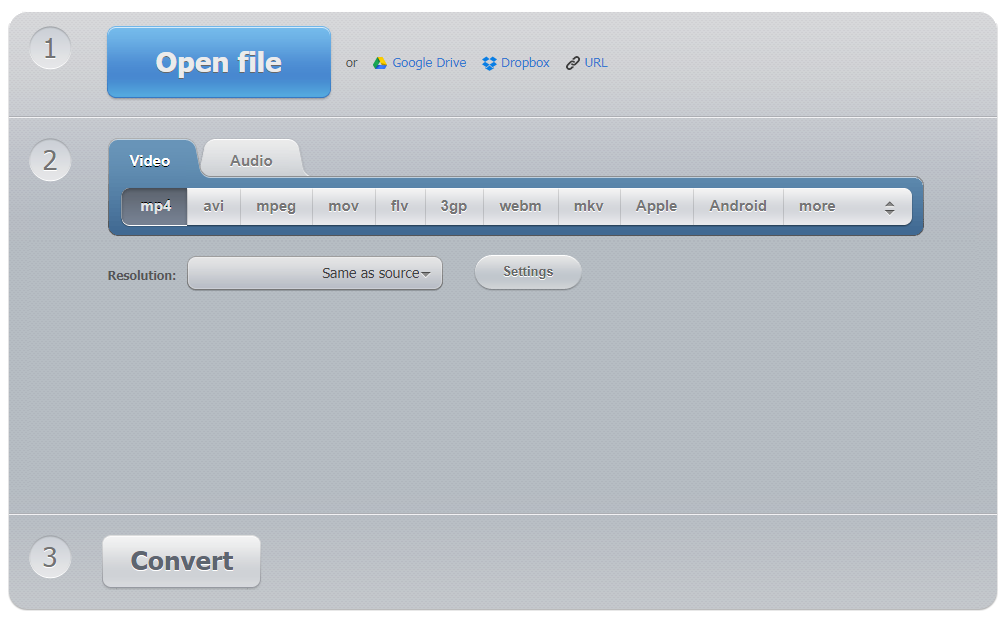 Next, it’s going to be a free MP4 to WAV converter software called VideoProc about which we are about to discuss in detail here.

VideoProc V3.9 is one-stop video editing software that makes MP4 to WAV conversion easy, and free. Unlike Aicoosoft, VideoProc is equipped with GPU Acceleration that is level-3 Hardware-accelerated software powered by Intel, AMD, and NVIDIA programs that serves to be on the backend in delivery of buttery smooth conversion & transcoding techniques.

By now you would have known the best MP4 to WAV converters that can make the task easier and hassle-free along with practical implementation. All thanks to the endeavors of Aicoosoft for developing an all-in-one compatible solution as a revolution in the industry. The latter is already recommended by users globally for converting any form of a multimedia file without compromising on the quality. So, that's all for today, and stay tuned for more! Till then, experience seamless video conversion with Aicoosoft.